Legacy Documentation
You're viewing legacy documentation for API Fortress (deployed via an on-premises container). To view documentation for the new SaaS version of API Fortress — now known as Sauce Labs API Testing and Monitoring (with Sauce Connect tunnels) — see API Testing on the Sauce Labs Cloud.
In API Fortress, you do not have to be concerned with organizing variables in a hierarchy from global to local… why?  Almost any string can be hardcoded or referenced as a variable in API Fortress. Hardcoding is fine as long as you’re building simple tests, however, it is advisable to parametrize some items when: Most of the parametrization you will likely do relates to the HTTP request itself.

While the following variable is perfectly valid, it may become extremely painful to update tens or hundreds of tests if the domain changes. 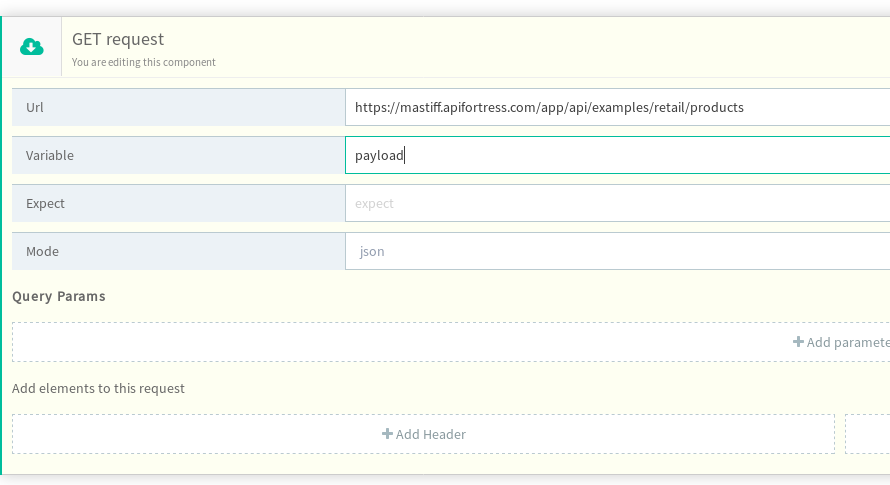 Alternatively, you may use the API Fortress Vault to store domain names to solve this problem. Simply add a “domain” variable in your vault as follows:

In this way, you can eliminate duplicate tasks by simply editing the vault variable to instantly update all tests.

Once a domain is parametrized, you may override a variable, if needed. By activating a preset in the environments section, you will be able to hit a different domain in the current session without actually changing the test as in the following: 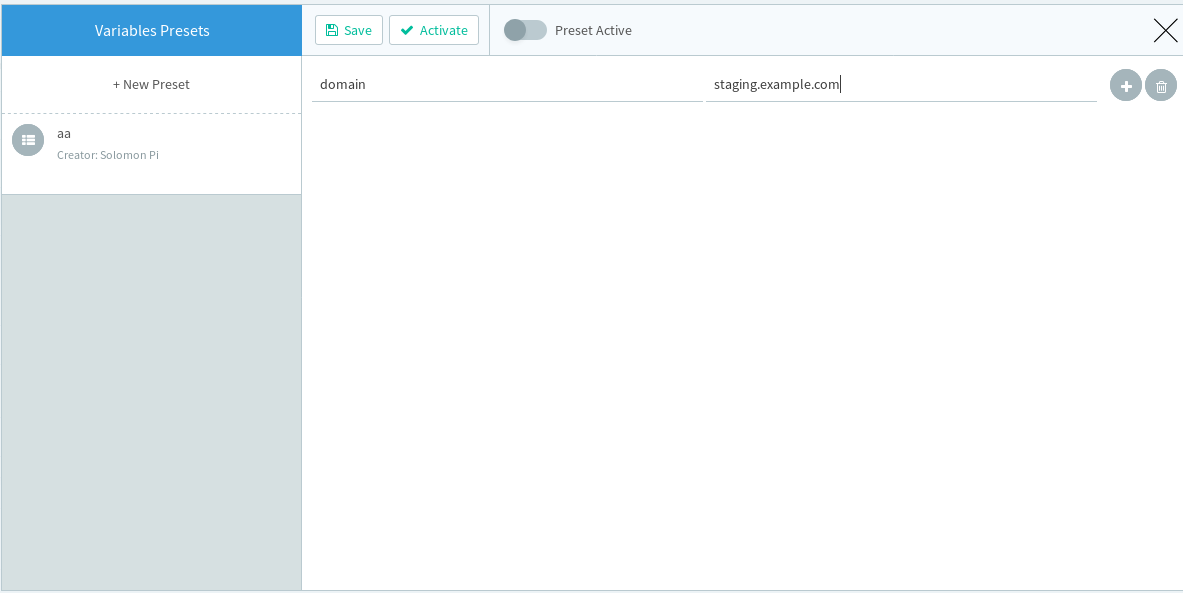 The same selection can be performed while creating a schedule to create specific runs hitting specific environments.

Variables are not only bound to URLs. Request bodies can also be handled like “templates” when needed, incorporating variables as in: 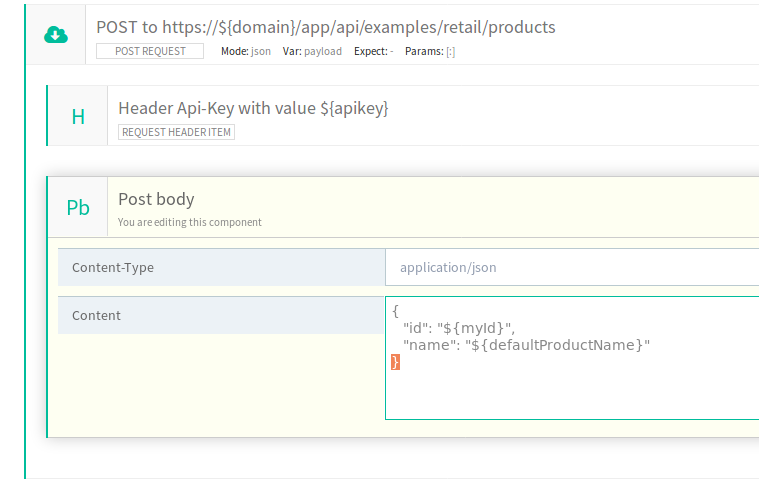 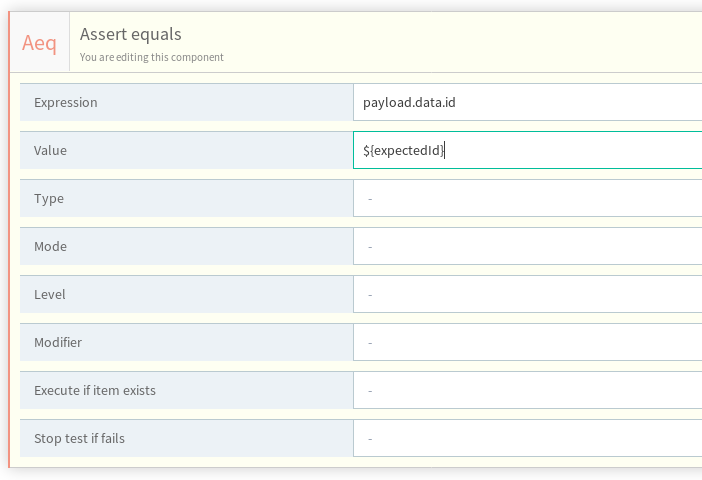 API Fortress provides the flexibility and freedom to combine the use of global, local, and hard coded variables as you want. In addition, API Fortress also provides helpful hints as you work with variables.